Women’s Health is a branch of medicine that specializes in diagnosing and treating conditions and diseases that affect women physically or emotionally. Women’s health is far-reaching including but not limited to birth control, female cancers, mammography, menopause, sexual health, osteoporosis. 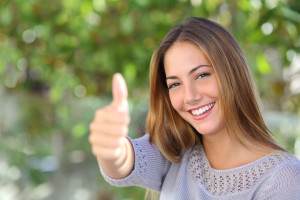 Obstetrics and gynecology are two fields of medicine that involve the female reproductive organs.

Contraception, or birth control, refers to different techniques to prevent pregnancy. Birth control pills have two hormones in them, estrogen and progestin, which prevent the women from ovulating and alter the cervical mucus to make it hard for the sperm to find the egg. 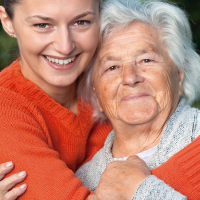 Endometriosis is a female condition in which the cells of the uterus, endometrial cells, begin to grow in different areas of the body. One area that can be affected by the condition is the pouch of douglas, which in turn can often lead to pain, especially during sex. This condition can be severe and can even lead to infertility. In preparation for a pregnancy, the body secretes hormones, which tell the cells of the uterus to grow and become thicker. However, when the woman does not become pregnant, the body sheds this thick lining which results in women receiving their period. When the endometrial cells beings to grow outside of the uterus, endometriosis occurs. These endometrial cells do not leave when a woman gets her period and instead grows bigger every time a woman gets a subsequent period. The most common symptom is pain, which can occur during the menstruation cycle, during sexual intercourse, or during bowel movements.

Treatment options depend on a variety of different factors such as age, severity of the condition, and whether or not the woman wants children in the future. If the symptoms are less severe and the patient does not plan on having children anytime soon, a doctor may recommend the woman going on birth control to prevent the endometriosis from worsening. Birth control prevents the woman from ovulating, therefore lessening the growth of the endometrial cell. In very some cases, surgery may be required to remove the endometrial masses. If a woman has severe endometriosis and does not want to have children, the doctor may suggest a hysterectomy.

Fibroids are a type of benign tumor in the uterus.They are created when the muscle cells of the uterus, myometrium, reproduce uncontrollably, resulting in a mass.

Gestational Diabetes can occur in a female patient only when she becomes pregnant. During the pregnancy, different hormones from the placenta can interfere with the insulin’s capability to regulate sugar levels, leading to insulin resistance. In many cases, the woman’s pancreas can produce insulin to compensate for the insulin resistance; however, if the pancreas does not work, gestational diabetes will occur.

Human papilloma virus is a virus that causes genital warts to grow on both the skin and mucus membranes of the genitals. There are over 30 different types of human papilloma viruses, making it is the most common sexually transmitted virus in America. However, not all of the strains lead to genital warts. In some cases, these warts can grow on the hands and even throat.

How is HPV spread? What are the signs and symptoms?

HPV is most commonly transmitted through genital contact. Even though a person is infected with this virus, the body tries to fight HPV before it can cause problems, which causes the body to show no symptoms. However, when the body does not fight off the virus, symptoms arise such as genital warts, genital itching, and vaginal bleeding.

Cervical cancer is the main result of prolonged untreated HPV. Over time, the virus can attack normal cells, causing them to become abnormal. It is important for women to have yearly pap smears to check for abnormal cells growing on the cervix. Cervarix and Gardasil are two vaccines that help to protect young women from developing cervical cancer; both require 3 shots over a 6 month period.

There are many different way in which a hysterectomy can be performed:

Menopause is when a women’s menstruation cycle stops and her body changes to prevent her from getting pregnant. At this point, the ovaries stop producing eggs, and the levels of estrogen and progesterone decrease. The common age that women each menopause is 45 to 55. Menopause is different in every woman and not every woman will experience the same symptoms. Common symptoms are hot flashes, insomnia, night sweats, joint pains, and headaches.