Arrhythmias are caused by a disruption of the normal system of the heart.

Normally, the four chambers of the heart (two atria and two ventricles) contract in a very specific, coordinated way. The electrical impulse that signals your heart to contract in synchronization begins at the sinoatrial node (SA node). This SA node is the pacemaker of your heart. When the impulse is initiated by the SA node, it travels to both atria and to the AV node. At the AV node, located between the right atrium and ventricle, there is a slight delay in the conduction before it travels to the ventricles via the Bundle of His. From the Bundle of His, the impulse travels down the left and right bundle branches and eventually to the Purkinje fibers that terminate on the myocardium. This enables the heart to beat rhythmically with the atria contracting slightly before the ventricles.

In atrial flutter, the ventricles may beat very fast, but in a regular pattern. If the atrial fibrillation/flutter is part of a condition called sick sinus syndrome, the SA node may not work properly. If the SA node/ pacemaker sends varying impulses, the heart rate may alternate between slow and fast. As a result, there may not be enough blood to nourish the body. Atrial fibrillation can affect both men and women, and it becomes more common with increasing age. 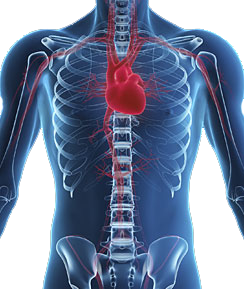 Long QT syndrome (LQTS) is a disorder of the heart’s electrical activity. It may cause you to develop a sudden, uncontrollable, and dangerous heart rhythm called an arrhythmia in response to exercise or stress. Arrhythmias also can develop for no known reason in people who have LQTS. Not everyone who has LQTS develops dangerous heart rhythms; however, if one does occur, it may be fatal. There are three common variations of LQTS. Emotional stress or exercise (especially swimming) that makes the heartbeat fast, tends to trigger abnormal heart rhythms if you have LQTS 1. In LQTS 2, abnormal rhythms may be triggered by surprise or other extreme emotions. In LQTS 3, a slow heart rate during sleep may trigger an abnormal heart rhythm.

Acquired, or noninherited, LQTS may be induced by certain medicines or other medical conditions. The term “long QT” refers to an abnormal pattern seen on an EKG (electrocardiogram), which is a test that detects and records the heart’s electrical activity. The QT interval, recorded on the EKG, corresponds to the time during which the lower chambers of your heart, ventricles, are triggered to contract and then build the potential to contract again. The timing of the heartbeat’s electrical activity is complex, and the body carefully controls it. Normally the QT interval of the heartbeat lasts about a third of each heartbeat cycle on the EKG. However, in people who have LQTS, the QT interval usually lasts longer than normal. This can upset the careful timing of the heartbeat and trigger a dangerous, abnormal rhythm.

Signs and Symptoms of Wolff-Parkinson-White Syndrome

How often the rapid heart rate occurs depends on the patient. Some people with Wolff-Parkinson-White syndrome may have just a few episodes of tachycardia. Others may have a rapid heart rate once or twice a week. Sometimes there are no symptoms, and the condition is detected when a heart test is done for another reason.

A person with WPW syndrome may have: